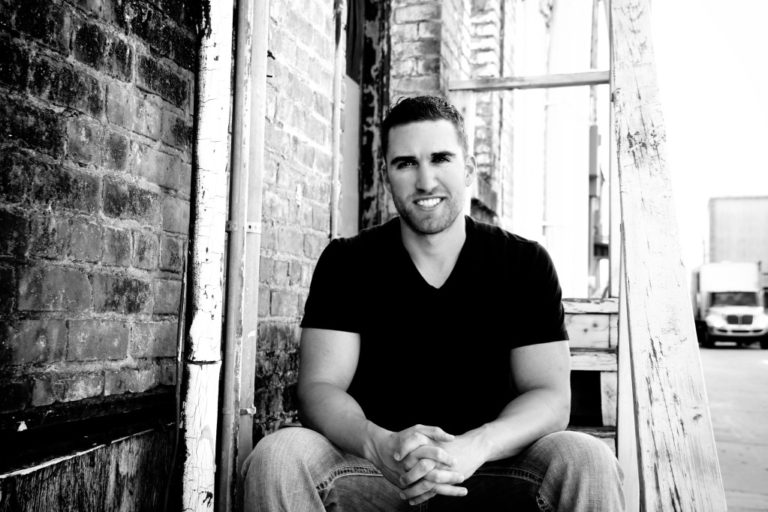 In this episode, Nick dives into the wild world of expectations. He discusses how he sets up his mind for success in regards to handling people, relationships, jobs, and dreams. Take a step inside Nick’s head as he attempts to improve his #Relentless mindset! 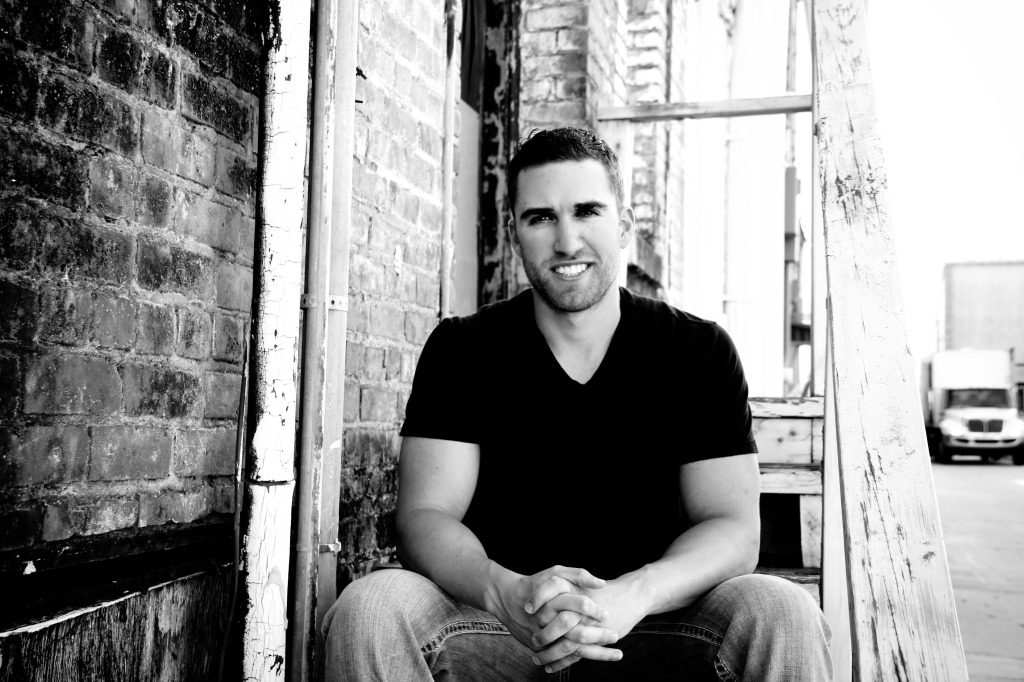 These sponsors are unofficial because they don’t pay for these ads nor endorse them, come to think of it only 1 has even commented on it one way or another (MandanaLife Bandanas)… but, this is my way to give back to them, they’ve provided me product and have been pretty good to me and I’m just trying to return the favor.

Alright… are you guys ready for the next episode?!

I’ve been leading up to this one for a while now but I think it’s finally ready. Or at least as ready as I feel comfortable getting it out there.

So, without further adu, let’s get into the podcast.

I’ve got a real Bo Burnham thing going on here with my setup. I’m here in Skagway, AK. Small mountain town with limited housing and I’ve actually got a really good set up. So, I’m not complaining at all. I’ve got it good.

It just reminds me of the old school Bo Burnham videos, like “I’m Bo Yo”

Bo Burnham has a really great bit about expectations. I initially wasn’t going to play it but I think it’s worth it and hopefully, you’ll get a laugh out of it.

I really enjoy Bo Burnham’s comedy; it’s deep and has many layers. He’s hilarious and has a way with words. Kind of like the Eminem of comedy.

And if I may, I would just like to interject my two cents on the subject. My advice on dating is just don’t, especially if your young.

Anybody under the age of 28, don’t get a girlfriend or boyfriend because your actions will be based off of that relationship. You’ll turn down things that you truly want because it’ll take you away from your bf/gf.

Later on, you may just regret that. Trust me I’ve had relationships that I thought were the one, even bought a ring and everything. I’ve been there so I know what your thinking if you’re in that position.

It’s super exciting now but your expectations are incredibly too high for marriage. Growing up in the south we place marriage on this pedestal and glorify it like it’s the holiest thing one could do.

I don’t mean to belittle the sanction of marriage. I think it’s a very special union and one that needs to be respected and entered into with the proper mindset.

If you need a relentless mindset anywhere, it’s gotta be in marriage! But that’s where my experience stops because thankfully I’ve never been married but I’ve got several friends in their early 30’s who are divorced because marriage isn’t a picnic.

And every single one of them tell me to keep doing what I’m doing while I can! It’s great having a girlfriend, it’s fun and I certainly enjoyed it. And maybe it’s because I’ve been there that I enjoy what I’m doing now too! I’ve been on both sides.

The first 23 mins of this podcast really hits expectations hard and I think it’s worth a listen. Now, it’ll probably piss the hard core Christian off but I think that’s a telling sign that you’re not pulling from both ends. [plug daily blog “Why I Care So Much”]

That blog will go nicely along with this podcast so it may be a good idea to pull it up while listening if you’re able. Not while driving though!

Bottom Line is that we (humans) don’t do a good job managing expectations.

We’re often let down because we picture this grandiose event in our life that’s just going to be awesome!

When it comes to vacation, we expect great things. We expect not to worry about the problems we’ll return to at home. We expect perfect weather on the beach with a pina colada in hand. We expect ripped bodies and great sex and enjoying great food.

And, when we get there, there’s thousands of other people who had a similar plan that you did. You’re not on a private beach, you have to wait for an hour before your table at dinner is ready, etc.

Now, I’ve spent the last 18 months or so living and working in places that people go on vacations. And it’s fascinating to me that these people can be at the same place, at the same time, and have completely different experiences.

I think some people just enjoy the process of trying to find misery everywhere they go. Seems unproductive to me but there’s people out there who will have an absolutely miserable time in a place that’s very easy to find fun and have a good time.

But, other than those people, the people who are generally let down is because they have this grand idea of what their trip will be like and when they get there it’s not everything it seems and they can’t let go of their vision and accept what’s in front of them as the way it is.

Personally, I like to keep low expectations, in all aspects!

Now, I’m not perfect at this as I’ll get into a bit later but have a pretty grasp on managing my expectations.

People
I expect very little from people. I prefer to be pleasantly surprised than demoralized when they let me down. This may stem from being let down by a lot of people whom I’ve been very close with.

I do realize that we are all fallible and make mistakes; in which case I am empathetic and generally quick to forgive. I know I have made mistakes; that’s for sure!

This way of thinking sets others up for success because it doesn’t take much to impress me and ‘win me over.’ The one exception to this is in finding a girlfriend (of which I’m not, at the moment, looking or desiring for). I’m extremely picky when it comes to such Tom foolery.

But, that’s neither here nor there.

Vacations
I never think too much about these. I’m pretty good about making the best out of everything. I can typically see the good and the bad and accept things just the way they are. I’ll tell you one thing, though, I’m not going to go on a vacation and have a bad time.

This brings up another topic that I plan on blogging about and has the potential to be a solid podcast: mini retirements versus vacations. It’s too complicated to get into here and I’m afraid the rabbit holes we would need to venture down would make this one long podcast.

“I can’t wait to get there and be disappointed.”
– Quote from “Vagabonding” by Rolf Potts

Jobs
This particular aspect my life is quite tricky and I fall victim to gradious ideas and goals. This is where the article “Why I Care So Much” comes back into play.

When it comes to work, I can’t help but think big and set goals high. It’s just not in my nature to set a low bar. What’s the fun in that?

For me, I know I am going to give it my all and put a TON of energy into it so I want the ROI to be worth it!

Typically, I try to undersell and over deliver, when it comes to my abilities. I give the hirer just enough to choose me and then when I get the job, I go above and beyond. I go all out.

However, I fucked that part up recently when I took this Gallery job in Alaska. I way-oversold myself, thinking that my experience in sales would make this job much easier. I underestimated several aspects that were unknown to me at the time. I may have promised a bit more than I’ll be able to deliver on.

These expectations have brought on a ton of stress, something I have told myself that I need to avoid. Now, you can’t avoid all stress but you need to find what’s worthy for you to stress about! I talk about that in this article called “The Right Kind of Stress.”

From the other side of the Job-Scope, we need to have low expectations of what the company or boss will do for us. Obviously, it needs to satisfy your current demands financially (for sure) but also fulfillment wise. If not, get the hell out!

Dreams
Not a huge fan of saying that you can do whatever you want because that’s not entirely true. There are ambitions that have gatekeepers. For instance to be able to play in NBA, you’ve gotta have a team want you on their team.

Now, if you have a business idea or a product you’d like to create, there’s nobody stopping you from that! So, there are limitations, for sure! But, you can choose which ones you abide by and which ones will shape your life.

I wanted to play in the NFL as a kid but that didn’t come to fruition. But, there’s nothing stopping me from climbing and riding big mountains, except myself! It’s on me to get the proper training and experience but there’s no gatekeepers to worry about.

Expectations should also serve as boundaries to keep us from making poor choices!

I’ll use an example from earlier. When it comes to picking girlfriends, I’m pretty picky. I have expectations that the girl should meet or I’m not going to pursue. As it states currently, my expectations are high, very high but that’s okay because finding a significant other isn’t a high priority for me right now. As that changes, expectations will change.

We also need to get this concrete mode of thinking out of our brains. Just because we think this way, at this current moment, doesn’t mean that we will always think this way. Things change, circumstances bring forth new possibilities and take away others.

“While it’s true that someone can impede our actions, they can’t impede our intentions
and our attitudes, which have the power of being conditional and adaptable.”
– Marcus Aurelius